A Virtual Spanish Voice to bring your project to life? 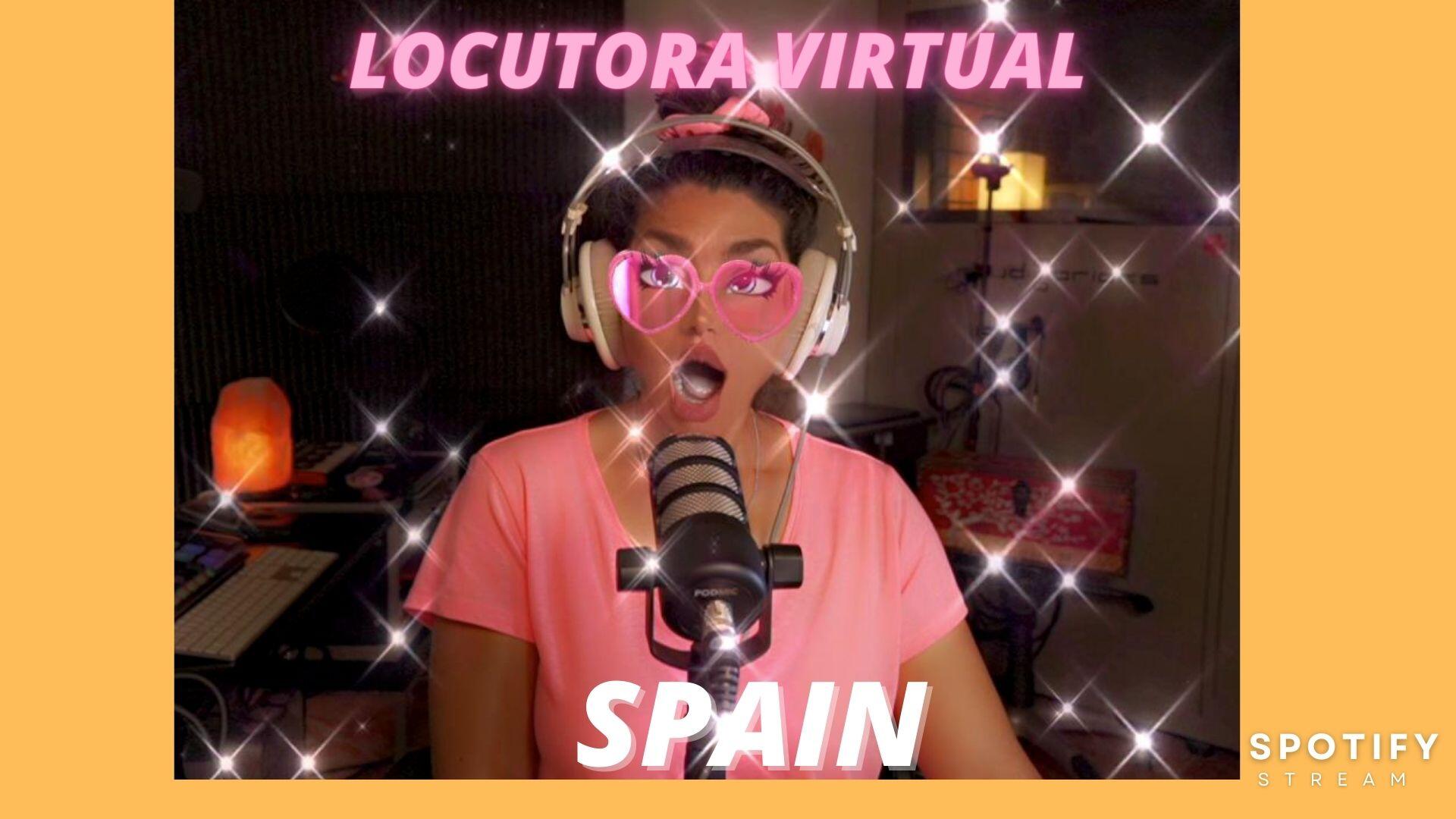 Are you looking for a Spanish voice-over professional with her own studio to bring your project to life? A synthesized voice or a human voice?

That is me! I am the Spanish voice-over professional you are looking for. I am just like an AI voice but a bit more human!

Many people ask me if I am worried about the fact that A.I synthesized voices will end up doing voice-over work in TV commercials, or might become excellent dubbing actors or even get to host radio shows just as well as a human voice-over would.

My answer is NO. I’m not worried about technological progress and machines being capable of imitating the human voice as they already can emulate other things.

You cannot put a cap on technology or digital advances. Moreover, you cannot fight against its LOGICAL evolution.

Technology has replaced the people who filled up our fuel tanks at the gas station and cashiers at supermarkets, why  would it  not be capable to replace human voices in tasks such as E-learning, telephone answering machines, and other voice services where the fact that the voice does not sound 100% natural, is not that important.

Let’s not forget that all the voices of AI are based on voice recordings made by  REAL voice actors in all languages and of all ages who have spent endless hours recording tons of phonemes  and sounds so those could be then synthesized and used as a text to speech.

As a voice over professional, I can say that I am not losing any sleep over it. I don’t believe we are going to be “conquered” by A.I synthetic voices, because despite the fact that every day they manage to sound more natural… there are always little nuances revealing that the voice has been put together like puzzle pieces hence why it sounds lifeless.

That’s why despite the fact that there are so many synthesized speech libraries at very affordable prices, customers continue to hire me to record augmented reality (VR) applications and videos. They ask me to give a futuristic and magnetic delivery but always keep that degree of humanity and emotion that virtual voices cannot achieve, because they sound emotionless and end up being annoying.

That’s why I can proudly say that I am the VIRTUAL SPANISH VOICE, just like AI but a bit more HUMAN!

You hear my voice in all kinds of Digital applications, from a GPS, antivirus software, and navigators for luxury car switchboards,  360 º virtual tours of the European Parliament vineyards of exclusive wineries around the world.

They could have used a robotic  A.I style voice over but they haven´t.

Clearly, the first industry that might implement “A.I voices” is that of audiobooks and descriptive audio for blind people, since there is so much audio content to be voiced over that letting the machines work piecemeal will cut down costs.

But television and radio commercials cannot lose their magic because the client want to save some cents. Brands who care about their products will continue to hire REAL voices to give their brand personality and convey their message without sounding like robotic.

In my fifteen years as an online voice-over professional for TV commercials and online work, I have seen many changes in the market.

The pandemic forced the world to work remotely and stay operational and it became the New Normal.

See what I mean? You can’t put a cap on it… if evolution shows us that the future is going in that direction… it will end up becoming the present.

It happened with the mobile phone, with credit cards replacing money in your pocket, with mp3s replacing CDs in physical format and with so many other things…

The Martians will land on earth and virtual hologram voice over professionals with synthesized voices will walk out of their spaceships, but the CEO´s of the best brands will keep wanting a human voice over to give their brand´s message human emotion and personality.

And I will always be available for those clients: Joanna Rubio, the VIRTUAL SPANISH VOICE OVER, who is like Artificial Intelligence, but more HUMAN!

Here is an article about this matter that I found online.